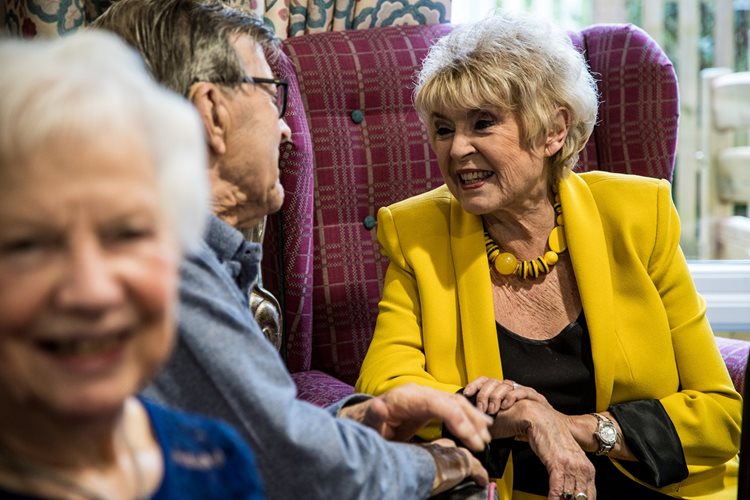 A 99-year-old care home resident in Chelmsford was asked to take on a special role at this year’s Remembrance Day service.

George, who was born in London, began his career in the Royal Navy so that he could fight for his country, following in the footsteps of his brothers, who were members of the army and RAF.

Serving in the Navy for more than ten years, George travelled all over the world, with some of his favourite places being Africa and America. His fondest memory was playing football against the Belgian army and winning the match.

Having observed George proudly wearing his war medals around the home, and talking fondly of his life in the Navy, the Care UK team members at Manor Lodge wanted to ensure George had a special part to play at this year’s Remembrance Day service.

Juliana Miles, home manager at Manor Lodge, said: “Everyone at Manor Lodge knows how important George’s time in the Royal Navy was to him and how proud he is to have been a member of the armed forces. We knew how pleased he would be to represent his fellow servicemen, and we were delighted to be able to arrange such a special day for him.

“It was an extremely special day for everyone involved, and it brought back many memories of the Navy for George. We would like to say a huge thank you to the Royal British Legion for allowing him to be part of such a momentous occasion.”

George added: “I feel truly privileged to have been able to pay tribute to my fellow servicemen at the Chelmsford Remembrance Day service. I’d like to say thank you to the team at Manor Lodge and the Royal British Legion for organising such a special day.”

Achieving an ‘Outstanding’ rating from the Care Quality Commission (CQC), Manor Lodge is a modern and welcoming purpose-built care home in Chelmsford that delivers nursing, residential and short-term respite care for older people. The home also has specialist expertise in supporting individuals with Alzheimer’s and other forms of dementia.